India is celebrating it’s 72nd Republic Day today. Special celebrations have been organized in every part of India today. Due to COVID-19, the appearance of ceremonies has changed a bit this time, but there is no lack of enthusiasm. The main event takes place at Rajpath in the capital of Delhi every year.

In the capital, President Ram Nath Kovind took the salute of the parade. This time the parade started from Vijay Chowk like every year but ended at the National Stadium near India Gate instead of the Red Fort. Only tableaux went to the Red Fort. 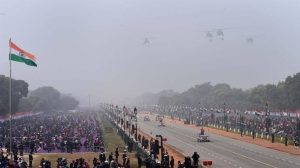 When the Tricolor was Waved on the Rajpath

The flag was hoisted in the presence of President Ram Nath Kovind, Prime Minister Narendra Modi and other dignitaries. On this occasion, everyone saluted the tricolour.

And the Republic Day Parade Started

A 21-gun salute was given after the flag hoisting. After this, the Republic Day parade led by parade commander Lt Gen Vijay Kumar Mishra started moving. 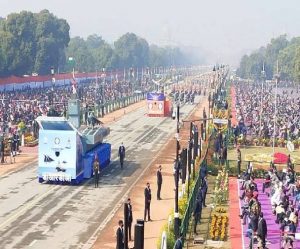 Power of Women Officers in Parade

One of the first three female fighter pilots in the country, Flight Lieutenant Bhawna Kant was present in the Republic Day Parade this time. Apart from this, Preeti Chaudhary, captain of 140 Air Defense Regiment (Self-Propelled) also became part of the parade. She is the only female crew commander involved in the parade on behalf of the army. 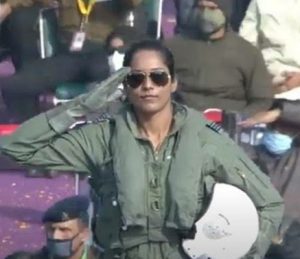 The marching party and band of Bangladesh Army also participated in the parade on Rajpath. Colonel Abu Mohammed Shahnoor led the march. The 122-member team has joined the parade for the first time.

Ladakh Tableau for the First Time on Rajpath

This year’s Republic Day celebration was a little different due to COVID-19. There were no guests. The people were less than expected. However, the enthusiasm and love for the nation was the same. Every Indian is proud to be a part of a nation, so vivid.