What You Should Know about the Big Bash League SRL 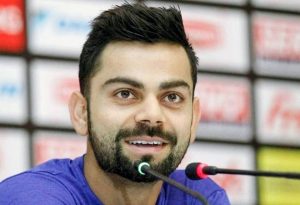 Virat Kohli on Monday Became the First Indian and the first cricketer in the world to cross 100 Million Followers on Instagram. With this, Captain Kohli proved that his Social media game is as strong as his cricket game.

Besides Captain Kohli’s Instagram, he has many followers on other social media sites as well. More than 40 million people follow Virat Kohli on Twitter and there are more than 36 million likes on his profile on Facebook.

According to the reports, the right-handed batsman earns more than Rs.1 crore for posting on Instagram. On the other hand, if you talk about the sponsored posts of Virat Kohli, then he gets about 3 crore rupees from each post.

Instagram followers of other members of the Indian Cricket Team under the captaincy of Kohli are not even half of the number of followers Virat has. The official account of The Board of Control for Cricket in India (BCCI) on Instagram has a total of 16.6 million followers. On the other hand, the International Cricket Council’s (ICC) Instagram account has 16.5 million followers.

What You Should Know about the Big Bash League SRL