WHO: Intake Of Salt Should Be Restricted For A Healthy Lifestyle

Eating food without salt seems absolutely tasteless. But have you ever thought about what happens due to excessive intake of salt? A recent WHO study said that having excess salt killed 3 million people every year. To reduce this number, the organization has asked people to consume only 5 grams of salt a day.

With this, new standards have been prepared for sodium levels in more than 60 food categories to improve the food environment and save lives. It is believed that this benchmark will reduce salt consumption by 30 percent by 2025.

According to WHO, we are all eating twice as much salt as needed. According to experts, the balance of sodium and potassium is necessary for our body. Consuming more sodium with less potassium can harm health. Excess of salt in food increases the risk of blood pressure, heart disease, and stroke and can also make bones weak. 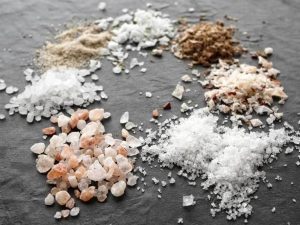 Daily Intake of Salt and the Need to Reduce It

The intake of salt has been considered essential to build healthy plasma and improve nerve health. According to WHO data, most people consume an average of 9-12 grams of salt every day. The organization has estimated that reducing salt consumption to disciplined levels can prevent 2.5 million deaths globally.

According to the organization’s new guidelines, the standards set for sodium levels in more than 60 food categories will help countries reduce salt intake and save people’s lives. The organization’s idea is to reduce sodium intake in places where processed food items are consumed more. The initiative is supported by the American Consumer Advocacy Group and the Science Center in the Public Interest.

Advantages and Side Effects of Salt

We all know that salt is an essential part of our daily diet. Without it, every meal is incomplete. Its intake helps the body to function. It not only keeps the body hydrated but also allows the thyroid to function correctly.

Not only this, salt intake is very beneficial for people who have low BP issues. It improves the symptoms of cystic fibrosis. But if it is taken excessively, then knowingly or unknowingly, it causes great harm to health. It can increase the risk of heart disease, stroke, high BP, and kidney disease manifold.

The WHO sodium benchmark has been published on May 5 about the lack of sodium content in individually packaged and processed food items such as packaged bread, salty snacks, meat products, and cheese. 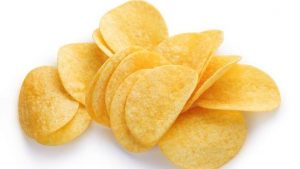 According to the guidelines, 100 grams of potato chips should contain at most 100 grams of sodium. At the same time, it is good to have sodium up to 120 grams in pie and pastry and up to 30 mg in processed meat.