10 Things Indians Are Obsessed With

All our problems are solved if we drink Tea. Headache? Ginger tea. Boss fired you?(or even if hired you) Have some chai. We have like 100 varieties of tea for every mood.It’s not just any drink. It’s magic!
The importance of chai is such, we make songs on it (Remember, ek garam chai ki pyali ho,koi usko pilane wali ho?)

And we are not sorry if you are already craving for one!

Indians are obsessed with films and film stars. There’s a reason why we are the biggest in the world in terms of movies (Well, excluding Hollywood :p)
From dancing to the signature steps of Chikni Chameli and Sheila ki Jawani to giving the solution of a problem with ‘Bade bade desho mein aisi chhoti chhoti baatein hoti rehti hai’, we have done it all.
P.S Please tell me I’m not the only to be disappointed when I say “I don’t like jokes” and the best friend doesn’t reply with “I don’t like you”. (Also am I the only one who is actually Poo from inside?)

Even before the kid is born, the gender decides the career. Doctor for girls and Engineering for boys. I really don’t get the importance of IITs and IIMs, statistically speaking engineers in India have a higher chance of being unemployed. We all hope that parents understand that there’s more to life than unwanted degrees. It’s 2017 uncle and aunties, please let your kids do what they want to do!

The abuses and stupidity that one is exposed to in Roadies is very high (not to mention very unnecessary)
Indians have a very bizarre idea of entertainment. Half-naked girls, violent fights, weird love triangles or just unnecessary love stories (Which by the way is not genuine at all, people)

Indians, especially we Delhiites have a thing for saying “Janta hai mera baap kaun hain?”
Be it jumping red lights or bribing policemen, Indians are good at taking the law for granted.

How else are we gonna explain a season 2 of Naagin (which has the highest TRP) and serials like Baalika Vadhu and Yeh Rishta Kya kehlata Hain crossing over 2000 episodes? (And they haven’t YET figured out what their relationship is called?)
We Indians obviously love saas bahu drama and icchadaari naagin (Well, it does have the gorgeous Mouni Roy)

Superstitions are a thing of the past, people! Spare the black cats and the nimbu mirchi, believe in yourself.

Cricket isn’t a sport, it’s a religion. (And Sachin Tendulkar is our God)
Indians are crazy about this sport and the players who are worshiped¬†no less than film stars. ¬†While we all know Hockey is our national game, Not many people actually watch it.
Aur baat agar India VS Pakistan match ki ho, toh it’s no less than a festival. People legit take offs from their jobs!

Especially for the ladies, marriage is one topic you just can’t avoid as soon as you cross 24. Indians are obsessed with marriage and ‘settling down’ and babies, and that has got to stop! 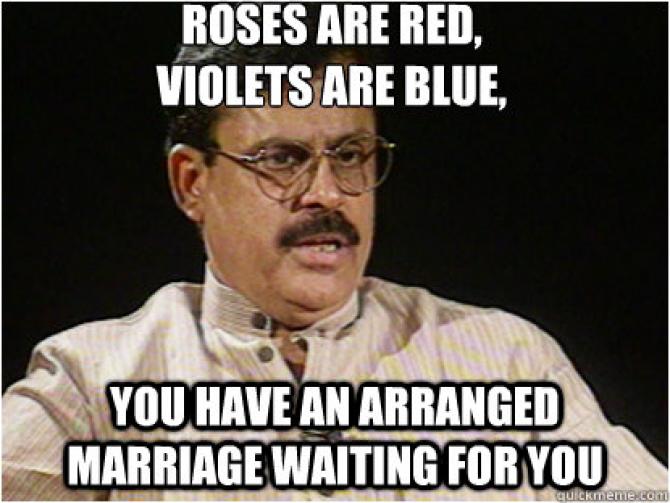 Things on the internet

We made the #ChaiWala famous and we are the SaltBae generation.
We can make anything go viral, be it the IIT boys dancing on a Ed Sheeran song or the Abusive aunty telling us her feelings about the government in not-so-nice words.

Tell us below what are you most obsessed with?