Twitter said on Wednesday that it had banned some accounts in India as the government of India had given instructions to close some accounts ‘only in India’. However, the accounts of civil society activists, politicians, and media were not put under the ban. Twitter says it would violate the fundamental right to freedom of expression under the law of the country.

Meanwhile, Twitter’s move to publish blog posts before talks with the secretary of the Ministry of Electronics and Information Technology has been made unusual by the government even though the company had asked for an appointment.

The company said that it would continue to support the freedom of expression of its users. For this, it is actively considering options under the law of India which affect the accounts of Twitter and users.

The central government had asked the microblogging site Twitter to close several accounts that are allegedly sharing misleading and inflammatory information about the ongoing farmer movement in the country. These included accounts of an investigative news magazine and activists and outfits associated with supporting the months-long protests on the outskirts of Delhi. Twitter had first blocked them and then, six hours later, Twitter restored the accounts, citing “insufficient justification” for continuing the suspension.

The Indian Government v/s Twitter rises when the government warned of taking legal action if the order is not followed. Clarifying its stand on the government’s directive, Twitter said in a blog post that it had taken steps to prevent harmful content from appearing in such a way as to avoid the trending of such hashtags and not recommending them during the search.

Action on more than 1000 Including the Government’s Stated Accounts

Twitter said that it had taken action against more than 500 accounts under orders from the Ministry of Electronics and Information Technology. These include the move to shut down the account for violating Twitter rules permanently.

The government had submitted another list of 1178 accounts to the company which were suspected to be associated with Khalistan and Pakistan. Of these, 583 have been suspended. Along with this, action has also been taken against about 500 more accounts. However, the account against which he has taken action has not been given. 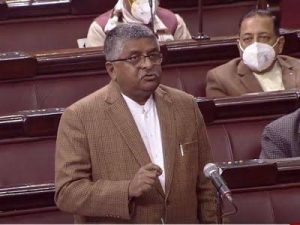 The government sent a warning to Twitter that if it did not comply with the instructions, it could lead to a fine or seven years in jail under the relevant sections. Meanwhile, Twitter’s Mahima Kaul, director of public policy in India and South Asia, has also resigned. This is leading to speculation about the circumstances of her departure. The company says that Kaul’s resignation has no connection with the case.