Cases of mucormycosis colloquially known as black fungus, are seen 14 to 15 days after defeating Corona. However, it has also been found in some patients while they are positive. This disease occurs only in those who have low immunity.

What is mucormycosis or black fungus?

According to the CDC of the US, mucormycosis or black fungus is a rare fungal infection. But this is a serious infection caused by a group of molds or fungi. These molds survive throughout the environment. It affects the sinuses or lungs.

The black fungus outbreak has spread to 11 states of the country. Let’s know about the states and what are its symptoms.

Gujarat has the highest number of cases of mucormycosis. The situation is so bad that the state government has started building separate wards for it. So far, more than 200 cases have been reported here. Many of these patients have lost their eyesight.

The Haryana government has declared black fungus as a notified disease. Health Minister Anil Vij gave this information by tweeting. Many cases of black fungus (mucormycosis) have been reported in the state. Now on getting new cases, the doctor will report to the CMO of the district. Vij said that if a patient is found suffering from black fungus in a government or private hospital in the state, it will have to be informed to the concerned CMO so that steps can be taken to prevent the disease.

Apart from Maharashtra, Gujarat, and Rajasthan, cases of mucormycosis have also been seen in Madhya Pradesh. So far, two people have lost their lives due to this disease. More than 50 cases have been reported in the state.

A total of 160 patients with black fungus have been found in Delhi so far, and 23 patients are being treated in AIIMS.

There were 29 total cases of black fungus in Bihar. Eight of which are admitted to Patna AIIMS. Others are also being treated in other hospitals.

The first black fungus case came to light in Odisha on Monday (May 10). After this, the cases in the state continued to grow. The government has constituted a seven-member state-level committee to monitor black fungus in patients. 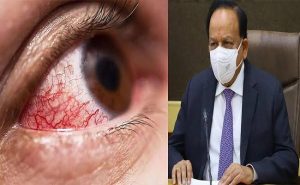 Too much steroid can lead to black fungus infection

Patients recovering from Corona or during infection are prone to black fungus. Dr. Randeep Guleria, director of AIIMS Delhi, said steroids are usually needed for only 5 to 10 days. If these medicines are given to the patient for more days, then the risk of black fungus increases significantly. If giving steroids, it is also the responsibility of the health staff to monitor the patient thoroughly. Monitoring of the patient is very important to avoid black fungus.