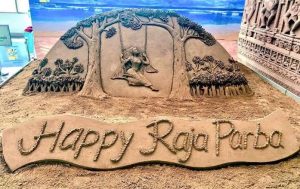 Discrimination against menstruating women is widespread in India. Given the lack of conversation about periods, only 48% of the adolescent girls’ population in India are aware of menstruation prior to their first period. A menstrual girl is often considered impure in most parts of our society. When it comes to menstruation in Odisha, there are many diverse perspectives and viewpoints. It’s worth noting that Odisha is one of the few states that celebrates a menstrual festival: Raja Festival.

In Odia, Raja is derived from the word ‘Rajaswala,’ which refers to a menstruating woman, while Parba refers to a festival. It falls in June.

In Odisha, ‘Raja Parba’ commemorates Mother Earth’s menstruation, analogous to a girl’s menstrual cycle, and celebrates a woman’s ability to reproduce. It is believed that Mother Earth is menstruating around this time. As a result, it alludes to Mother Earth’s fertility, akin to that of girls.

The Raja festival strives to debunk menstrual taboos all around the world. Young unmarried girls are the major participants in the Raja celebration. It is a three-day festivity.

Pahili Raja (First Raja) is the first day, while ‘Saja Baja’ is the day before Pahili Raja. The second and third days are known as ‘Raja Sankranti’ and ‘Basumati Snana’ (bathing ceremony of the Mother Earth) respectively. Young girls do not participate in any of the domestic tasks these days. They play a variety of games and have a good time. They don’t even walk around barefoot. While playing and enjoying themselves on the swing, the girls sing a variety of tunes. 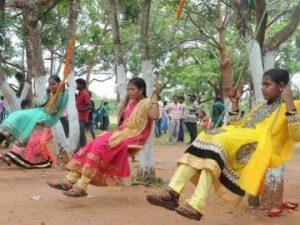 On this particular day, Raja Pitha/Poda Pitha (cake) is primarily cooked in every Odia kitchen.

Other Odia dishes, such as Chakuli, Kakara, Arisa, and others, are also prepared during these days.

The particular constituent of Raja Mitha Paana (Paan)/Sweet Betel is in high demand during this big celebration. 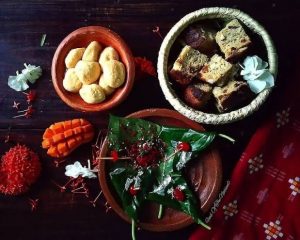 The Raja festival is Odisha’s pride and one of the most prominent events in the state’s coastal region. Odisha not only celebrates the Raja festival with merriment and amusement, but it also emphasizes the value of womanhood and reproduction.