Myntra Decides to Change its Logo After A Woman Complains 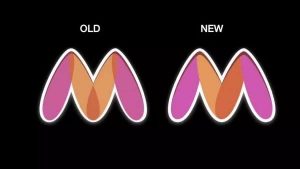 The e-commerce giant Myntra decides to change its logo, as a Mumbai-based woman activist complained to the cyber police that the company’s logo was insulting and was hurting the dignity of women. The name of this female worker from Mumbai is Naz Patel, who is working in an NGO called Avesta Foundation. She filed a complaint against Myntra in December 2020. The woman has not only demanded the removal of this logo of Myntra, but has also demanded strict action against the company. She has also raised this matter on many forums and social media.

Rashmi Karanadikar, DCP of the Cybercrime Department of Mumbai Police, has said – “We found that this logo of Myntra is abusive to women. After the complaint, we sent an email to Myntra and their officials came to see us. Officials have said that they will change Myntra’s logo within a month.”

Following the controversy, Myntra has decided to change its logo on the website, app and packaging materials. Myntra has also ordered packaging materials to be printed with the new logo. Myntra is India’s leading online retailer in terms of clothing and accessories. In 2020, traffic to Myntra’s website saw an increase of about 51 percent.

However, the case has led to mixed reactions from internet users. Some have welcomed the company’s decision to change the logo, while many said that the demand for change in the logo was cynical. People reacted on this matter on Twitter as well under the hashtag ‘Myntra Logo’. Myntra, a Flipkart group company is one of the largest fashion e-retailers in the country.