THIS DAY IN HISTORY-10 FEBRUARY

People are trapped in history and history is trapped in people, and hence, every day has been a significant one in the foibles of history. Now, let’s take a tour of “This Day in History – 10 February”.

Every child will snatch the remote to see the animation,Tom and Jerry every afternoon in 1940 after the T.V debut and it has been in continuity ever since. The animated short of nine-minute,Puss Gets the Boot, made for Metro-Goldwyn-Mayer (MGM) cartoons by legendary animators William Hanna and Joseph Barbera. Tom was known as Jasper originally while Jerry was named in the screen but called Jinx in the script. It was nominated for an Academy Award that year but lost out to another MGM short. After the suggestion, of animator John Carr, the main characters were renamed, Tom and Jerry.

India’s first general election was a democratic discourse without gendered and occupation binaries. On 10 February the results were announced where the Congress Party of India, led by Pandit Jawaharlal Nehru won an outright victory. The party won 249 of the 489 seats contested in the Lower House, and even with 133 results yet to be declared it was clear that the Congress Party will control the next Parliament. On the next day it was counted they won a total 364 seats while CPI followed next with 16 seats and SOC with 12 seats. 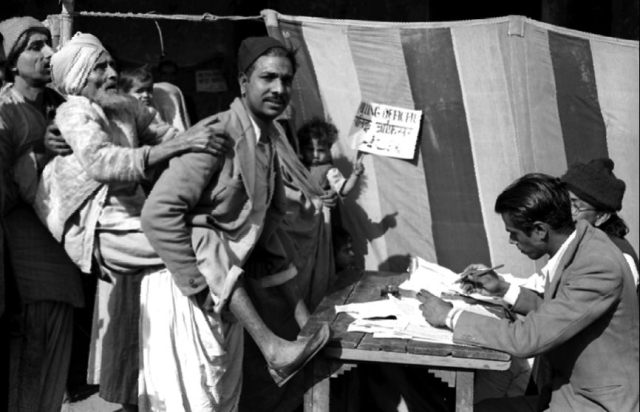 1996:First time ever a computer defeated a World Champion in Chess

The computer was Deep Blue, a machine designed by IBM capable of computing 100 million positions per second. World chess champion Garry Kasparov began a six-round match against Deep Blue-the computer. After three hours, he lost the first game of the six-game match against the computer. The matches were held in Philadelphia. Kasparov rebounded in the following five games, fighting the computer to two draws and three victories, winning the overall match. He won $400,000 prize, an estimated 6 million people worldwide followed the action on the internet.

The abstract concept of righteousness based on religious tendencies and individual security has often been contrasted in India. On 10 February 2013 due to the huge stampede in the Allahabad railway station, 36 people were killed and 39 more were injured. It was the busiest day of the Kumbh Mela at which some 30 million had gathered beside the sacred Ganges river. Twenty-seven of the dead were women, mostly elderly and poor. An eight-year-old girl was also crushed to death. In their bright multicoloured cotton fabrics, they lay still on the station floor, lifeless and fragile with no one to take responsibility or culpability for the massacre. This was one of the most tragic events of the year.

This Day in History-3 February