THIS DAY IN HISTORY – 10TH OF JANUARY

People are trapped in history and history is trapped in people, and hence, every day has been a significant one in the foibles of history. Now, let’s take a tour of “This Day in History – 10th of January”.

On this day in 1776, Thomas Paine published Common Sense, a 50-page pamphlet that sold more than 500,000 copies within a few months and called for a War of independence that would become the American Revolution.

Although the entire world is on notice of the British love of tea, for the first 200 years of Britain’s tea-drinking history their supply of tea came from China and then later India. It was not until this day in British history, 10 January 1839, that the first auction of Assam tea took place in London. In early 1834, the British government instituted a ‘Tea Committee’ to decide upon a region where the East India Company should focus its newest venture in establishing tea production. After consulting with military men in India, the Tea Committee settled on Assam as their region of focus and finally had the tea leaves there tested. 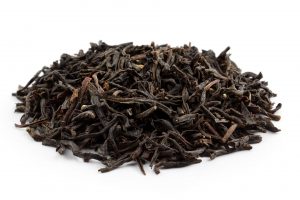 1920: THE LEAGUE OF NATIONS IS ESTABLISHED

League of Nations, an organization for international cooperation was established on January 10, 1920, at the initiative of the victorious Allied powers at the end of World War I. Many of the attributes of the League of Nations were developed from existing institutions or from time-honoured proposals for the reform of previous diplomatic methods. However, the premise of collective security was, for practical purposes, a new concept engendered by the unprecedented pressures of World War I. 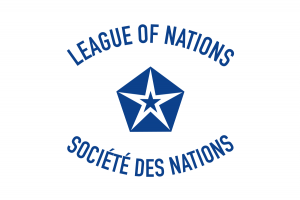 The only body in which all UN members are represented, the General Assembly exercises deliberative, supervisory, financial, and elective functions relating to any matter within the scope of the UN Charter. Other functions include admitting new members; selecting members of the Economic and Social Council, the non-permanent members of the Security Council, and the Trusteeship Council; supervising the activities of the other UN organs, from which the Assembly receives reports; and participating in the election of judges to the International Court of Justice and the selection of the secretary-general.

George Edward Foreman, who became the oldest world heavyweight champion in 1994, was born in Marshall, Texas.  A colourful personality in the world of boxing, Foreman also achieved great success as a television spokesperson for a number of products, including an eponymous home grill that was introduced in 1995.

An avalanche of ice and snow destroyed villages located at the base of a volcanic formation called Mt. Huascaran, which is a mountain in the Peruvian province of Yungay. It was estimated that between three thousand to four thousand people had lost their lives, and their bodies were buried at least 40 feet under the rubble. A total of six villages were affected, and there was hardly any life left afterwards.

Gabrielle “Coco” Chanel, one of the most famous fashion designers in history died, in her home, in Paris at the age of 87 years. Gabrielle Bonheur “Coco” Chanel was a French fashion designer and businesswoman. The founder and namesake of the Chanel brand, she was credited in the post-World War I era with popularizing a sporty, casual chic as the feminine standard of style, replacing the “corseted silhouette” that was dominant beforehand.

The Tata Nano is a compact city car that was manufactured and marketed by Indian automaker Tata Motors over a single generation, primarily in India, as an inexpensive rear-engined hatchback intended to appeal to current riders of motorcycles and scooters — with a launch price of one lakh rupees in the year 2008.

British singer, songwriter, and actor David Bowie—who transformed himself from a traditional pop crooner into a trendsetting international superstar best known for his metamorphic personae (on- and offstage), abrupt shifts in musical genres, and status as a fashion icon—died in New York City.