THIS DAY IN HISTORY- 12TH MARCH

This Day in History is DUE’s daily dose of trivia for all the history buffs out there. So sit back and take a ride of all the fascinating things that happened on 12th March!

People are trapped in history and history is trapped in people, and hence, every day has been a significant one in the foibles of history. Now, let’s take a tour of “This Day in History – 12th March”.

The Salt March also known as Dandi March or Salt Satyagraha was an act of nonviolent civil disobedience movement in India. Led by Mahatma Gandhi, the Salt March lasted 24 days starting from 12th March 1930 to 5th April 1930. 78 satyagrahis set out on foot from Sabarmati Ashram, covering a distance of 385 kms, they reached their endpoint- the coastal village of Dandi. 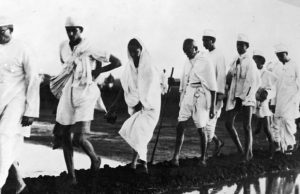 The Truman Doctrine was pronounced by US President Harry Truman in a speech he delivered before a joint session of Congress on March 12, 1947. Through this Doctrine, The US established that they would provide military, political and economic assistance to all democratic nations under threat from external or internal authoritarian forces.

Janet Wood Reno was an American lawyer who became the woman US attorney general starting 12th March 1993. She was also the second-longest serving Attorney General in U.S. history. She was nominated by President Bill Clinton and was in office from 1993 to 2001.

On 12 March, WHO issued a global health alert about a new infectious disease of unknown origin. The disease was later identified and given the name SARS (severe acute respiratory syndrome). Over 8,000 people were infected in 29 different countries and at least 774 died worldwide. The ongoing covid-19 pandemic caused by SARS-CoV-2 is closely related to the one that causes SARS.