THIS DAY IN HISTORY- 15TH MARCH

This Day in History is DUE’s daily dose of trivia for all the history buffs out there. So sit back and take a ride of all the fascinating things that happened on 15th March!

People are trapped in history and history is trapped in people, and hence, every day has been a significant one in the foibles of history. Now, let’s take a tour of “This Day in History – 15th March”.

In a conspiracy led by Marcus Brutus, the Roman dictator- Julius Caesar was assassinated by a group of senators. The senators stabbed Caesar 23 times at the Theatre of Pompey in Rome. The senators presented the assassination as an act of tyrannicide. The incident was popularized by William Shakespeare who wrote “The Tragedy of Julius Caesar” in 1599.

Born in the Ropar district of Punjab, Kanshi Ram was an Indian politician and social reformer. He worked for the upliftment of the Bahujans, or people at the bottom of the caste system in India. He was the founder and president of the Bahujan Samaj Party (BSP). Mayawati, a member of BSP served 4 terms as Chief Minister of UP. 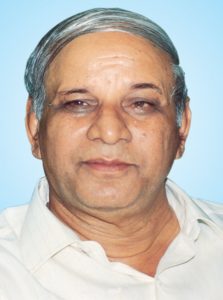 Every year 15th March is marked by World Consumer Rights Day. The consumer movement marked this day first in 1983. Since then, every year the day acts as a means of raising global awareness about consumer rights and needs. It was inspired by President John F Kennedy who formally addressed the issue of consumer rights in 1962.

90377 Sedna was discovered by NASA-funded researchers as the most distant object orbiting the sun. It was a mysterious planet-like body three times farther away from Earth than Pluto. It exists in the coldest known region of the solar system. Here, the temperature never rises above minus 240 degrees Celsius.

An estimated 1.4 million young people around 123 countries across the world skipped school on Friday, 15th March 2019 to demand strong climate policies. The protest was inspired by Swedish activist, Greta Thunberg. It was one of the largest environmental protests in history.