THIS DAY IN HISTORY- 19TH MARCH

This Day in History is DUE’s daily dose of trivia for all the history buffs out there. So sit back and take a ride of all the fascinating things that happened on 19th March!

People are trapped in history and history is trapped in people, and hence, every day has been a significant one in the foibles of history. Now, let’s take a tour of “This Day in History – 19th March”.

The State legislature voted to legalize gambling in the state of Nevada, USA on 19th March 1931. The move was an attempt by the government to bring the state out of the hard times of the great depression. Las Vegas, Nevada, has since become the gambling and entertainment capital of the world. Today, state gambling taxes account for a large chunk of the state’s total tax revenues. 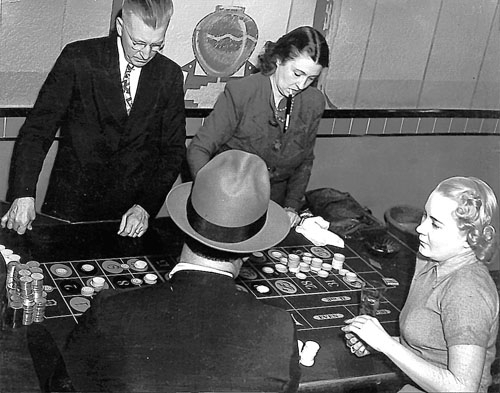 On 19th March 1945, Adolf Hitler issued the infamous Nero Decree. The decree ordered the destruction of all remaining German industries and infrastructure to prevent the advancing Allies from its use. Albert Speer, Hitler’s armaments minister was supposed to carry out the order. Speer used a series of stalling tactics to sabotage the decree in order to save civilian lives.

Elamkulam Manakkal Sankaran (EMS) Namboodiripad was an Indian communist leader and theorist. He served as the chief minister to the state of Kerala from 1957 to 1959 and from 1967 to 1969. He was also the general secretary of the Communist Party of India (Marxist) for fourteen years – 1978-92. He was one of the key figures in Indian Communism and a revolutionary known for his intellectual writings. He died at the age of 88 on 19th March 1998 due to an undetected lung infection.

On this day in 2003, U.S. president, George W. Bush launched the first stage of the Iraq war. He ordered airstrikes on Baghdad to oust the dictator of Iran- Saddam Hussein. According to U.S. President George W. Bush and UK Prime Minister Tony Blair, the move was aimed “to disarm Iraq of weapons of mass destruction, to end Saddam Hussein’s support for terrorism, and to free the Iraqi people.”

Karen Keskulla Uhlenbeck is an American mathematician whose work has led to some of the most dramatic advances in mathematics in the last 40 years. She won the 2019 Abel Prize for “her pioneering achievements in geometric partial differential equations, gauge theory, and integrable systems, and for the fundamental impact of her work on analysis, geometry and mathematical physics.” The Abel Prize is popularly regarded as the mathematics equivalent of a Nobel Prize.