THIS DAY IN HISTORY- 1ST MARCH

This Day in History is DUE’s daily dose of trivia for all the history buffs out there. So sit back and take a ride of all the fascinating things that happened on 1st March!

People are trapped in history and history is trapped in people, and hence, every day has been a significant one in the foibles of history. Now, let’s take a tour of “This Day in History – 1st March”.

The battle of Cerro Corá was fought on 1st March 1980 on the hill surrounded valley of Cerra Corá. The valley is located in the north-east of Paraguay. The battle was fought between the Paraguayan army and the imperial army. Paraguay’s president Francisco Solano López was killed in battle. This was the last battle in the Paraguayan War.

The discovery of radioactivity by Henri Becquerel is one of the most well-known accidental discoveries in the history of physics. On 1st March 1896, Henri Becquerel opened a drawer and discovered spontaneous radioactivity. He was a french physicist and later received a Nobel prize for his work in physics. Becquerel (Bq), the SI unit for radioactivity, is named after him.

The day marks one of the most serious nuclear fallout occurrences in history. The USA conducted the largest ever nuclear test at the Bikini Atoll in the Marshall Islands. The test was code-named Castle Bravo. Because of a design error, the explosion reached a yield of 15 megatons, making it two and a half times larger than expected. This was more than 1,000 times as powerful as the Hiroshima bomb!

On this day, around 21:00, a group of people dressed in black rushed into the square and ticket lobby of Kunming railway station (China) and started to attack people indiscriminately. The attackers slashed and stabbed innocent people at the station. 31 people were killed & 140 injured in this incident. 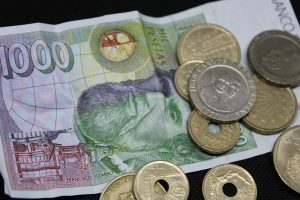 On 1st March 2002, the peseta was discontinued as the official currency of Spain. It was replaced with the euro (€) which is the monetary unit of the European Union. The peseta was the legal tender in Spain since 1868 when it replaced the Peso.