This Day In History – 23rd January

People are trapped in history and history is trapped in people, and hence, every day has been a significant one in the foibles of History. Let’s take a tour of “This Day in History – 23rd of January”.

In a coronation ceremony, Zhu Yuanzhang ascends to the throne of China as the Hongwu Emperor, initiating Ming Dynasty rule over China that would last for three centuries.

1556: Shaanxi earthquake, the deadliest ever recorded

The Shaanxi earthquake kills 830,000 in Shaanxi Province, China. Above all, this massive death toll has led to the reduction of the 60 per cent population of the two provinces. In addition, it led to the destruction of an area of 840-kilometre-wide (520 mi) area.

1571: Queen Elizabeth I of England opens Royal Exchange in London

The Royal Exchange was officially opened on 23 January 1571 by Queen Elizabeth I who awarded the building its royal title and a license to sell alcohol and valuable goods. Only the exchange of goods took place until the 17th century. Stockbrokers were not allowed into the Royal Exchange because of their rude manners, hence they had to operate from other establishments in the vicinity It has twice been destroyed by fire and subsequently rebuilt.

1656: French philosopher and theologian Blaise Pascal publishes the first of his Lettres provinciales

The Lettres provinciales (Provincial letters) is a series of eighteen letters written by the French philosopher and theologian Blaise Pascal under the pseudonym Louis de Montalte.

Georgetown University, Washington D.C. Georgetown, founded in 1789, was the first Roman Catholic college in the United States. Also, the university received its first charter from the federal government in 1814.

1795: War of the First Coalition: a rare instance of cavalry capturing a fleet

A fleet of the Dutch Republic was frozen in ice between a 3km (1.9 mi) stretch of sea that separated the port of Den Helder and the island of Texel. A French cavalry regiment was able to surprise the Dutch fleet by storming across the sea and capturing the 14 warships and with them 850 guns.

Faced with sexist discrimination at every turn, Blackwell not only received her degree and practised medicine but contributed greatly to the education of the first generation of female doctors in America. The profession remained notoriously male for many, many years, but the progress that started with Blackwell continues. In 2020, for the first time ever, a majority of medical students in the United States were women.

1849: US Patent granted for an envelope-making machine to Jesse K. Park and Cornelius S. Watson

The practice of enclosing letters in separate sealed covers (envelopes) is a fairly recent development. For ages letters were folded, turned over, and the recipient’s name and address are written on the back of the same sheet of paper. In the 1840s, the idea arose of covering a letter by folding a separate sheet about it to physically protect it and prevent infringement of confidentiality. Americans Jesse K. Park and Cornelius S. Watson patented the first American envelope folding machine in 1849.

Blackfoot, is a historic collective name for linguistically related groups that make up the Blackfoot or Blackfeet people: the Siksika, the Kainai or Kainah, and two sections of the Piikani – the Northern Piikani and the Southern Piikani.

On the morning of Jan. 23, 1870, a combined force of 347 U.S. Army regulars and civilian volunteers attacked the winter camp of Chief Heavy Runner. Above all, the operation’s commander, Col. Eugene Baker, had been ordered to find a different band of Blackfeet, led by Mountain Chief, to “strike them hard”. They wronged the camp and executed such a barbaric act.

January 23, 2009, marked the 100th anniversary of the first time a radio call for help resulted in saving many lives at sea. It was not the morse signal SOS, but an earlier code – CQD. Also, CQ was the morse signal meaning “Calling all stations”, the D indicated distress. On that day a Morse code distress call—CQD—was sent by White Star Line’s Republic (1903), which in the dense fog had collided with the Lloyd Italiano liner Florida (1905). Although the ship sank, the passengers went under a rescue operation because of this very message.

1912: The International Opium Convention is signed at The Hague

Read here | The Signing of the 1912 International Opium Convention

After Stanley Baldwin’s resignation, Ramsay MacDonald forms Britain’s first Labour Government, climaxing 24 years of struggle by the Labour Party. James Ramsay MacDonald was a British politician. In addition, he was the first Labour Party member to become Prime Minister of the United Kingdom, leading minority Labour governments for nine months in 1924 and then from 1929–31.

With a surface temperature estimated at approximately -360 Fahrenheit, Pluto was appropriately given the Roman name for the “God of the Underworld” in Greek mythology. On this day in History, Clyde Tombaugh did a photoshoot of Pluto, discovered by Percival Lowell. However, the discovery was publically announced on March 13, 1930 – the anniversary of Lowell’s birth. In addition, William Herschel’s discovery of Uranus was announced.

La Matanza (“The Massacre”) was a peasant uprising that took place in the western departments of El Salvador. However, the government suppressed it and then led by Maximiliano Hernández Martínez. The Salvadoran Army, being vastly superior, executed those who stood against it. Above all, the rebellion was a mixture of protest and insurrection which ended in ethnocide, claiming the lives of an estimated 10,000 to 40,000 peasants and other civilians.

1933: 20th amendment, which changed the date of US presidential inaugurations to 20th January, is ratified

The amendment established congressional terms to begin before presidential terms and that the incoming Congress, rather than the outgoing one, would hold a contingent election in the event that the Electoral College deadlocked regarding either the presidential or vice-presidential elections.

The groundbreaking for the NACA Lewis Research Center in 1941. The centre became the NASA Glenn Research Center to honour John H. Glenn, one of the original Mercury Astronauts, born and brought up in New Concord, Ohio. In addition, he was in office as a Senator there for many years. 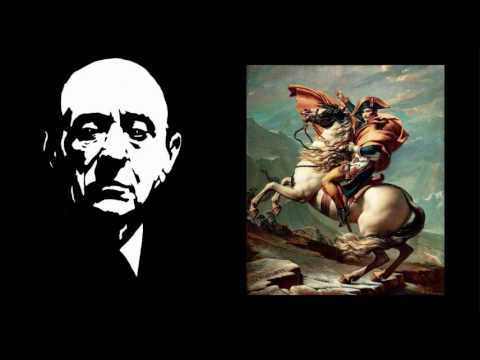 The Ode to Napoleon for Reciter, String Quartet, and Piano was composed during the Second World War as a protest against tyranny. Lord Byron’s poem castigating Napoleon served the composer in expressing his own feelings concerning latter-day tyrants.

Pakistani cricketer Hanif Mohammad scores record 337 runs in 970 minutes vs. West Indies at Bridgetown. Above all, this is the longest innings in test history.

Trieste is a Swiss-designed, Italian-built deep-diving research bathyscaphe that reached a record depth of about 10,911 meters (35,797 ft) in the Challenger Deep of the Mariana Trench near Guam in the Pacific. On this day in History, Jacques Piccard (son of the boat’s designer Auguste Piccard) and US Navy Lieutenant Don Walsh achieved the goal of Project Nekton. Above all, it was the first manned vessel to reach the bottom of the Challenger Deep. 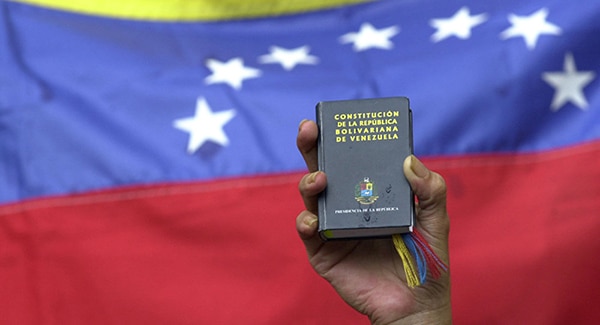 The drafting of the Constitution took place in mid-1999 by a constituent assembly as a result of a popular referendum. Adopted in December 1999, it became a replacement for the 1961 Constitution, which above all is the longest-serving in the history of the Bolivarian Republic of Venezuelan.

He was publicly exonerated in 1955. And he kept working as both a journalist and a spy for SIS in Beirut. On this day in History, after his unmasking as a Soviet agent, Philby went to Moscow, where he spent his life until his death in 1988.

The Arab Maghreb Union (AMU) is a trade agreement aiming for economic and future political unity among Arab countries of the Maghreb in North Africa. Its members are the nations of Algeria, Libya, Mauritania, Morocco, and Tunisia. The Union has been unable to achieve tangible progress on its goals due to deep economic and political disagreements between Morocco and Algeria regarding, among others, the issue of Western Sahara.

1973: US President Richard Nixon announces an accord to end the Vietnam War

President Nixon publically announces the Paris Peace Accords which established peace in Vietnam and end the Vietnam War. The treaty included the governments of the Democratic Republic of Vietnam (North Vietnam), the Republic of Vietnam (South Vietnam), and the United States, and in addition the Republic of South Vietnam (PRG). The Paris Agreement Treaty would in effect remove all remaining US Forces, including air and naval forces in exchange. Therefore, direct U.S. military intervention came to an end, and fighting between the three remaining powers temporarily stopped for less than a day.

1978: Sweden becomes the first nation in the world to ban aerosol sprays 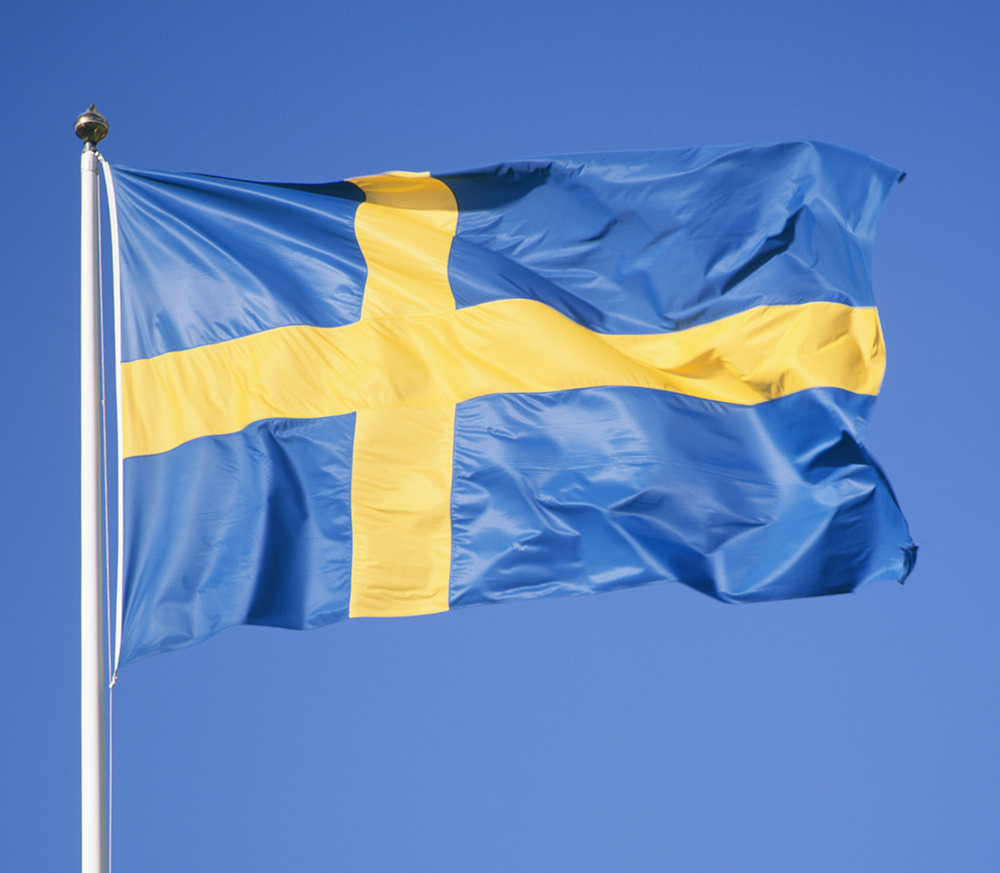 On this day in History, Sweden announced it would ban aerosol sprays containing chlorofluorocarbons (CFCs) as the propelling agent. It was the first country in the world to do so. Consequently, scientific evidence had mounted that CFCs were damaging to Earth’s ozone layer.

Björn Rune Borg is a former world No. 1 tennis player from Sweden. Between 1974 and 1981, he became the first man in the Open Era to win 11 Grand Slam singles titles. But he was never able to win the US Open in four finals appearances. 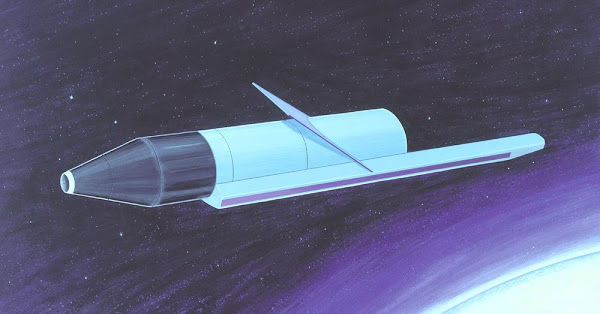 Kosmos 1402 was a Soviet spy satellite that malfunctioned, resulting in the uncontrolled re-entry of its nuclear reactor and its radioactive Uranium fuel. Above all, the main satellite bus of Kosmos 1402 reentered the Earth’s atmosphere on this day in History, south of Diego Garcia in the Indian Ocean (25°S 84°E). No debris was found, but it is believed that the satellite disintegrated then crashed into the sea. The satellite was visible over the United Kingdom, for about a minute, on the night before impact.

Broadcasting came to Parliament gradually, with regular radio broadcasts from the House of Commons starting in 1978. In addition, television began entering the House of Lords in 1985. Eight cameras were installed and allowed to film head and shoulder shots of any MP who was speaking, shots of the Speaker, and occasional wide shots of the entire chamber.

1989: Israeli Supreme Court receives a challenge to “who is a Jew”

The Gulf War oil spill, or the Persian Gulf oil spill, above all, was one of the largest oil spills in history, resulting from the Gulf War in 1991. In January of 1991, Iraqi forces allegedly began dumping oil into the Persian Gulf to stop a United States (US) water landing on their shores. Despite quite high initial estimates, the spill likely was about 4,000,000 US barrels (480,000 m3).

A domestic jetliner slammed into a parked truck during takeoff and crashed minutes later near the western city of Aurangabad Monday, killing at least 55 of the 118 people aboard while another 61 people survived, airline officials and news reports said. Two passengers were still missing.

1996: The first version of the Java programming language released

Java is an Object-Oriented programming language developed by James Gosling in the early 1990s. The team initiated this project to develop a language for digital devices such as set-top boxes, television, etc., and released the very first version on this day in History. Java 1 is the principal stable variant, JDK 1.0.2.

Pioneer 10 on January 23, 2003, sent a very weak, final signal from Earth when it was 12 billion kilometres (80 AU). Further attempts to contact the spacecraft were unsuccessful.