This Day in History – 30th March

People are trapped in history and history is trapped in people, and hence, every day has been a significant one in the foibles of History. Let’s take a tour of “This Day in History – 30th of March”.

Chinese astronomers observe a new broom-shaped “star” in the sky. It’s the first confirmed sighting of Halley’s Comet. Some have made the case that a sighting in the third millennium B.C. is responsible for the alignment of the Sphinx and the pyramids of Giza.

1796 Gauss discovers the construction of the heptadecagon

The year 1796 was productive for both Carl Friedrich Gauss and number theory. He discovered the construction of the heptadecagon on 30 March. A heptadecagon or 17-gon is a seventeen-sided polygon.

Long began to experiment with sulfuric ether as an anaesthetic. He performed his first surgical procedure using the gas on March 30, 1842, when he removed a tumour from the neck of a young man.

1856 Russia signs the Treaty of Paris, ending the Crimean War

The 1856 Treaty of Paris settled the Crimean War between the Russian Empire and an alliance made up of Great Britain, the Ottoman Empire, and the Kingdom of Sardinia. The war had begun in 1853.

Hyman L. Lipman of Philadelphia registered the first patent for a pencil with an attached eraser on March 30, 1858. However, it was declared invalid initially since it was a combination of two already known things and was of no new use.

1870 15th Amendment to the US constitution is adopted, guarantees right to vote regardless of race

Fifteenth Amendment, amendment (1870) to the Constitution of the United States that guaranteed that the right to vote could not be denied based on “race, colour, or previous condition of servitude.”

Grover Cleveland (1885–89). In 1893 Bayard was appointed ambassador to Great Britain, the first U.S. representative to Great Britain to hold that rank. As a champion of arbitration, he was critical of the aggressive position taken by Cleveland in the dispute with Great Britain over the Venezuelan boundary (1895).

Earlier, Albert Einstein developed general relativity, a field theory of gravitation. Later, Einstein and others attempted to construct a unified field theory in which electromagnetism and gravity would emerge as different aspects of a single fundamental field.

The Single Convention on Narcotic Drugs of 1961 is an international treaty to prohibit the production and supply of specific drugs and drugs with similar effects except under license for specific purposes, such as medical treatment and research.

1981 US President Ronald Reagan is shot and wounded in an assassination attempt by John Hinckley, three others are also wounded 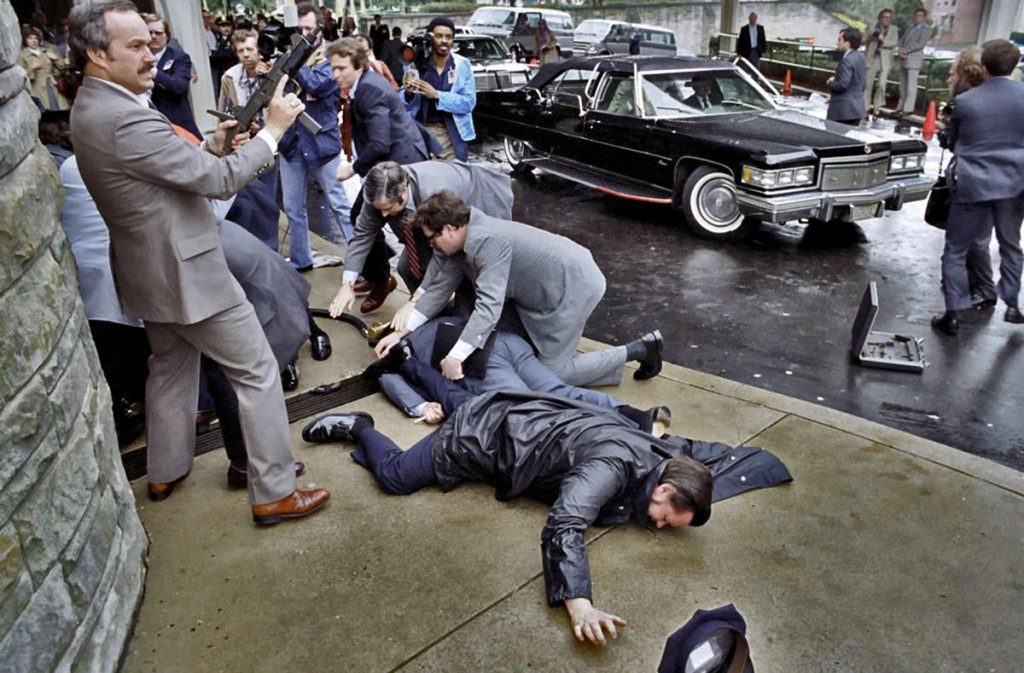 On this day in History, US President Ronald Reagan, who was then only two months into his term, was shot in the lung by John Hinckley, Jr. as he left a speaking engagement in Washington D.C. Several people were injured, most gravely press secretary Jim Brady, who was wheelchair-bound for the rest of his life.

In 1984, New York City police detective Robert Cunningham was at South Pizzeria in Yonkers when he jokingly asked waitress Phyllis Penzo if they could split a lottery ticket instead of tipping her. He promised to split the winnings between them if he won. The next day they win $6 million!

The soothing art of this eminent artist was sold for a whopping 22.5 million pounds. This is about USD39.7 million.

At 15 years, 9 months American swimmer Michael Phelps breaks the 200m butterfly world record at the US World Championship trials at Austin, Texas. Above all, he becomes the youngest male to set a world mark.

The Terrorism Act 2006 is an Act of the Parliament of the United Kingdom that received Royal assent on 30 March 2006, after being introduced on 12 October 2005. The Act creates new offences related to terrorism and amends existing ones.

Mastercard and Visa announce, on this day in History, a massive breach in security with credit cards. Above all, over ten million compromised credit card numbers.

A North Korean statement promised “stern physical actions” against “any provocative act”. North Korean leader Kim Jong-un declared that rockets were ready to be fired at American bases in the Pacific. This was in response to two nuclear-capable American B-2 stealth bombers flying over the Korean peninsula on March 28.

On March 30, 2017, a bill to eliminate HB2’s bathroom regulations but retain other parts of the law was passed by the North Carolina legislature and signed into law by Governor Roy Cooper. The partial repeal was criticized by both conservatives and equal-rights groups.

2019 Pope Francis arrives in Rabat, Morocco, on his first-ever visit to the Maghreb region of Northern Africa

This was a part of Pope’s ongoing effort to advance inter-religious dialogue. It was the first visit by a pope to a predominantly Muslim country in 34 years.

Swedish gamer and YouTuber PewDiePie was overtaken by the Indian channel T-Series as a YouTube channel with the most subscribers. Earlier, both the channels were on 92 million.

Watch India’s reaction to the war of subscribers here.

International Olympic Committee announces postponed 2020 Summer Olympic Games will be held July 23-August 8 in 2021 because of the COVID-19 pandemic.