THIS DAY IN HISTORY – 4th MARCH

People are trapped in history and history is trapped in people, and hence, every day has been a significant one in the foibles of history. Now, let’s take a tour of “This Day in History – 4th March”.

Italian composer and violinist Antonio Lucio Vivaldi was born on this day in Italy. He left a steller mark with his style of late Baroque instrumental music. He is one of the most renowned figures in European classical music. His four-part masterpiece, The Four Seasons is one of his loved works to date. 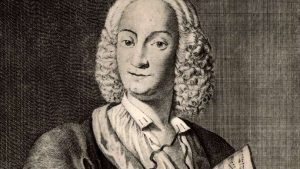 1789: US Constitution came into force

The U.S. Constitution came into effect as the governing law of the United States on this day. The American Constitution was created on September 17, 1787. It has been amended 27 times to date. The first ten amendments are collectively known as the Bill of Rights.

On this day he was inaugurated as the President. With his pledge to pull the United States out of the Great Depression Roosevelt said in his opening speech, “We have nothing to fear but fear itself”. He led the country out of the economic crisis as well as towards victory in World War II.

Indian revolutionary and scholar Lala Har Dayal passed away in Philadelphia, USA aged 54 on this day. He was one of the founding members of the Hindustan Ghadr Party. In 1913 he set up the weekly paper, Ghadr, in California and even edited a magazine ‘Vande Mataram’ in Paris. He wrote extensively on anarchist and revolutionary ideas and was even arrested on charges of spreading anarchist literature. He gave a lecture even on the evening of his death.