This Day in History – 7th April

People are trapped in history and history is trapped in people, and hence, every day has been a significant one in the foibles of History. Let’s take a tour of “This Day in History – 7th of April”.

The crucifixion of Jesus occurred in 1st-century Judea, most likely in either AD 30 or AD 33. Jesus’ crucifixion is described in the four canonical gospels, referred to in the New Testament epistles, attested to by other ancient sources. In addition, it is established as a historical event confirmed by non-Christian sources, although there is no consensus among historians on the exact details.

Charles University, Czech Universita Karlova, also called the University of Prague, state-controlled institution of higher learning in Prague, Czech Republic. The school was founded in 1348 by the Holy Roman Emperor Charles IV, from whom it takes its name. It was the first university in central Europe.

1795 France adopts the meter as the basic measure of length

On 7 April 1795, the metric system was formally defined in French law. It defined six new decimal units: The mètre, for length – defined as one ten-millionth of the distance between the North Pole and the Equator through Paris.

The friction matches were invented by John Walker, an English chemist, and apothecary, whose ledger of April 7, 1827, records the first sale of such matches. Walker’s “Friction Lights” had tips coated with a potassium chloride–antimony sulfide paste, which ignited when scraped between a fold of sandpaper.

Construction work for the first canal (which went up to the confluence point between Ōtsu and the Kamo River) began in August 1885. Both main and branch canals covering a distance of 6.9 miles (11.2 km) were completed five years later in April 1890.

The eight-hour day movement or 40-hour week movement, also known as the short-time movement, was a social movement to regulate the length of a working day, preventing excesses and abuses.

Nansen’s Fram expedition of 1893–1896 was an attempt by the Norwegian explorer Fridtjof Nansen to reach the geographical North Pole by harnessing the natural east-west current of the Arctic Ocean. In the face of much discouragement from other polar explorers, Nansen took his ship, Fram, to the New Siberian Islands in the eastern Arctic Ocean, froze her into the pack ice, and waited for the drift to carry her towards the pole.

It began as the Texas Fuel Company, founded in 1902 in Beaumont, Texas, by Joseph S. Cullinan, Thomas J. Donoghue, Walter Benona Sharp, and Arnold Schlaet upon the discovery of oil at Spindletop.

1919 1st parcel of land is purchased for Cleveland Metroparks

The first land purchased for Cleveland Metroparks — a 3.8 acre parcel purchased in April 1919 — can be seen from the Stinchcomb-Groth Memorial. Worth noting – the Rocky River itself is a top steelhead fishing location, noted as one of the 150 best fishing spots in the country. 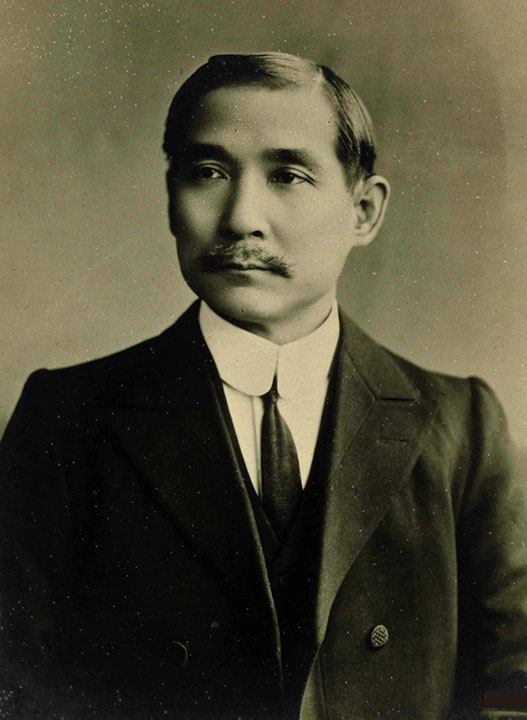 Revolutionary leader, Sun Yat-sen is elected President of China at Canton, though China remains divided into north and south and subject to rivalries of warlords.

1926 Mussolini is shot at 3 times by Violet Gibson in Rome, she only hits him once in the nose

On 7 April 1926, an Irish woman stepped out from a crowd in Rome and fired a shot at one of the 20th century’s most infamous dictators. One bullet grazed the nose of Benito Mussolini, but the Italian leader survived the assassination attempt.

On April 7, 1940, the Post Office Department (POD) issued a stamp honoring African-American educator Booker T. Washington (1856-1915) as part of its Famous Americans Series. The nation’s first stamp to honor an African-American, it holds a unique place in American history.

On April 7 1946, Syria’s independence from France was officially recognised. Syria and France had earlier negotiated a treaty of independence in September 1936, and Hashim al-Atassi was the first president to be elected under the first incarnation of the modern republic of Syria.

On this day in History, the World Health Organization was established in 1948 as a specialized agency of the United Nations serving as the directing and coordinating authority for international health matters and public health.

On 7 April 1953, the General Assembly voted by secret ballot, and adopted by 57 votes to 1, with 1 abstention, the recommendation of the Security Council to appoint Mr. Dag Hammarskjöld, as the second Secretary-General of the United Nations.

1954 US President Dwight D. Eisenhower in news conference is first to voice fear of a “domino-effect” of communism in Indo-China

President Dwight D. Eisenhower coins one of the most famous Cold War phrases when he suggests the fall of French Indochina to the communists could create a “domino” effect in Southeast Asia. The so-called “domino theory” dominated the U.S. thinking about Vietnam for the next decade.

In 1959 the citizens of Oklahoma voted to end the prohibition against selling wholesale and retail packaged alcoholic beverages. Prohibition had been enacted with statehood in 1907. Repeal advocates pressed for a statewide election to end prohibition. The gubernatorial race of 1958 made liquor an issue.

The Yugoslav parliament approved a new constitution on April 7, 1963, and the country was renamed the Socialist Federal Republic of Yugoslavia. Some 200,000 individuals were killed in political violence between March 1945 and April 1963.

1978 US President Jimmy Carter defers production of the neutron bomb

The neutron bomb, also called enhanced radiation warhead, a specialized type of nuclear weapon that would produce minimal blast and heat but would release large amounts of lethal radiation. In 1978, President Jimmy Carter — embroiled in a controversy that was straining the Western alliance and creating sharp divisions within his administration — decided to defer production of the weapon.

1994 Beginning of the Rwandan Genocide

On this day in History, the Rwandan Genocide began with the Presidential Guard killing moderate politicians and public figures in Kigali, including Prime Minister Agathe Uwilingiyimana.

He said the US missile attack was in the nation’s “vital national security interest”, arguing that the United States must “prevent and deter the spread and use of deadly chemical weapons”. He said there was “no dispute that Syria used banned chemical weapons” in Tuesday’s attack on the town of Khan Sheikhoun.