Unique Christmas Traditions Around The World

Finally, it’s that exuberant time of the year- Christmas bells are chiming, the winters are in full swing, the celebration mood is on, so put on your party shoes and let’s get into the jollification.

Have you ever wondered (just like me) if people around this so diversified world celebrate Christmas the same fashion as we do? The first thought that came into my mind was- probably yes! The reason being, the story of Christmas is the same all over the world. This festival was brought into context by the harbingers of Christianity (the Europeans to say, who explored the world and searched and found new lands to propagate their religion).

But second thought said“no”, trying to explore more possibilities. Maybe we never tried to know the multifarious traditions and unique ways that people of different lands may have appropriated for themselves to celebrate the same festival. So here I present to you a few unheard ways of celebration practised around the world.

Australian Beach Day and KFC dinner for my Japanese friends

Christmas is associated with freezing cold, snow, isn’t it? So the first contradiction comes from Australia, where summer heat is breaking all records. Summers and Christmas do not fit right, or perhaps they do, but we never thought that way. Our Australian friends, celebrate Christmas as a beach day to enjoy and spread time with family and friends (the real motive of all festivals). 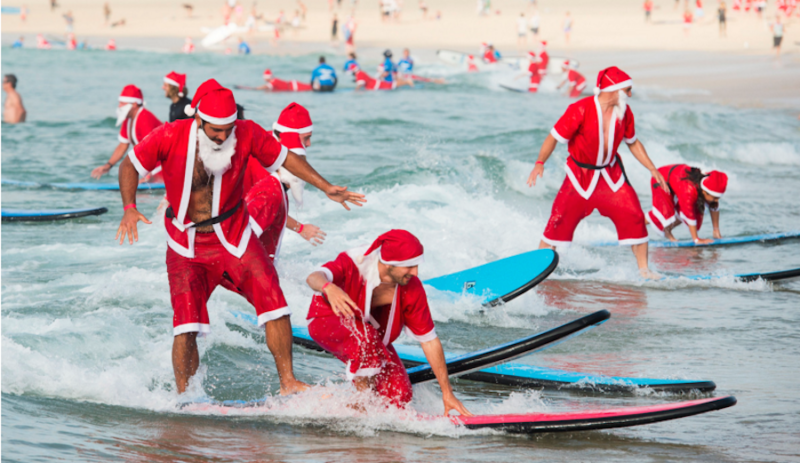 Flying over to Japan, how about a KFC meal on Christmas? Don’t be perplexed!! KFC meals have become a paramount part of the Japanese Christmas celebration. 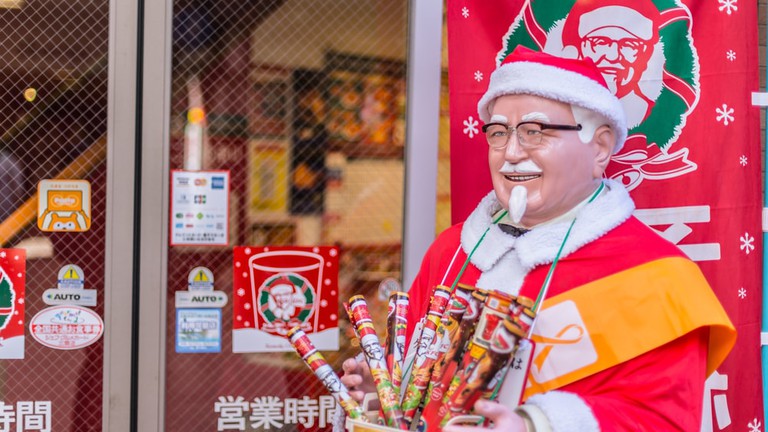 Christmas, in Japan, is not even an official holiday but the successful American campaigning for KFC in 1974 “Kentucky for Christmas” became so famous that now, for more than 40 years, it has become a part of the cultural assimilation.

Have you ever heard of the BAD SANTA? I guess, No! Everyone of us is well acquainted with the gentle, loving image of Father Christmas, Santa Claus or Saint Nick who loves kids and brings gifts for us.

But it’s not the same in Austria, where a beast-like demonic creature roams the city streets frightening kids and adults alike with ghastly pranks, punishing the ill-behaved kids – nope, this isn’t Halloween, but St. Nicholas’ evil accomplice, Krampus. In Austrian tradition, St. Nicholas rewards nice little boys and girls, while Krampus is said to capture the naughtiest children and whisk them away in his sack (the same one in which our good Santa gets gifts for us).
In the first week of December, young men dress up as the Krampus (especially on the occasion of St. Nicholas Day) and take to the street, frightening children with clattering chains and bells.
Luckily we don’t live in Austria.

It’s time for a double celebration in Ukraine, you have two ‘Christmases’! Yes, I am serious – One on 25th December just the way the whole world has and the second on 7th January. The Ukrainians still follow the Julian calendar which means they lag 13 days behind the rest of the world.

Here’s another strangest festive tradition of Ukraine. If you are arachnophobic, Ukraine is not for you! Ukrainians use decorations that mimic the natural formation of spiders’ webs shimmering with dew to adorn their Christmas celebrations. 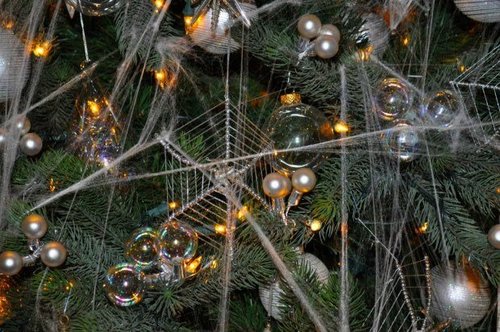 The tradition goes back to a folktale about a poor widow who could not afford to decorate a tree for her children. Legend has it that spiders in the house took pity on the family’s plight, and spun beautiful webs all over the tree, which the children awoke to find on Christmas morning. Spiders’ webs are also considered to be lucky in Ukrainian culture. Interesting, right? 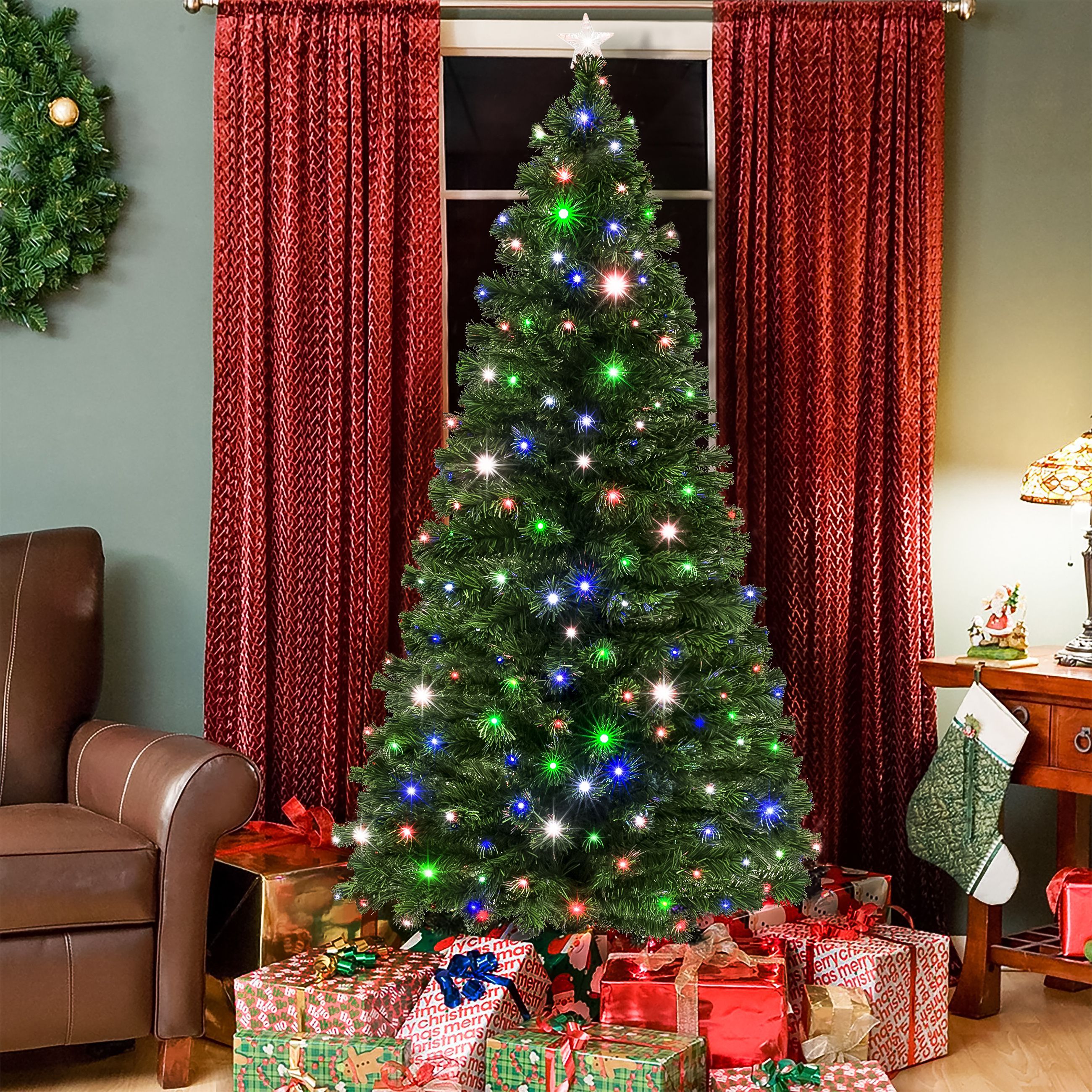 This is the customary image that pops up in our mind. But are all Christmas trees alike? Since we are talking about differences around the world, without a second thought, the obvious answer here is no. 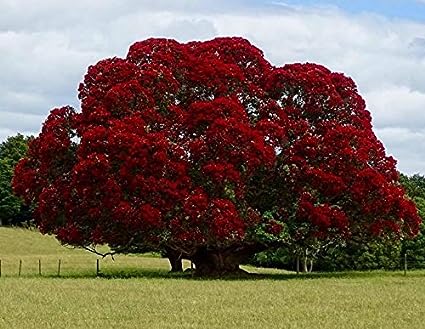 The Kiwis are all about the Pohutukawa, a beautiful tree that is native to New Zealand with gnarled roots, and bright crimson flower. The Pohutukawa tree is a recognised symbol of Christmas around New Zealand and is featured on Christmas cards, decorations, and even in the Christmas carols that children sing at schools.

The list of uniqueness is long but in short, the motive of every strange, different, modus operandi of celebration is fun, food, frolic, warmth and family time 🙂 So let’s get into the festive mood. Happpyyyy holidays and wish you a merry little Christmas.